Kemsing Heritage Centre is pleased to play host to a collection of artefacts from the site of a Roman Bath House believed to have been established in the village between AD200 and AD300.

The site of the Bath House was situated next to a watercourse on a site which has long since formed part of a residential development. The finds were made as a result of two separate excavations of the site, the first of which was undertaken by Mr Charles Brett, a local teacher and amateur archaeologist, in 1948/9.

The second excavation was undertaken in 1978/9 by the Kent Archaeological Rescue Unit, under the leadership of Dr Brian Philp, ahead of the proposed development of the site.

The Heritage Centre is delighted to still be in touch with Dr Philp and grateful for his ongoing counsel and advice.

Finds included Roman tiles, glass, nails and pottery which we have available for viewing in a dedicated display cabinet purchased especially for the purpose.

The full story of both excavations and how these artefacts found their way home to Kemsing Village can be found with the display.

With access to our collections being currently restricted by precautions due to Covid 19, appointments to view the collection can be made by prior arrangement with Heritage Centre trustee Doug Parry, on telephone number 01732 490141. 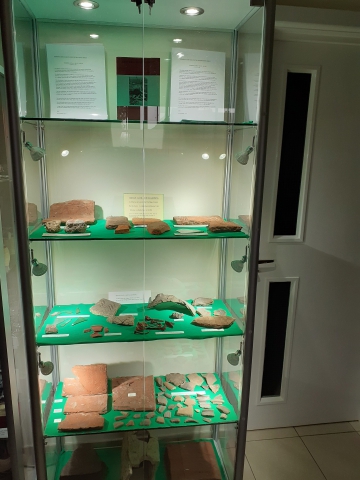 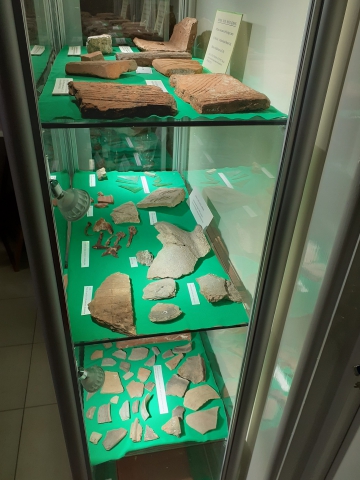